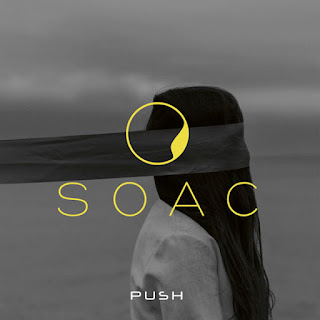 Our new album "Push" is officially released today! You can hear the exclusive live stream of the full album here at MetalSucks.net
Push is a soundtrack that blends the instantly recognisable sonic landscape of SOAC with the wrought emotional tone of Far and the epic backbone of Will Haven.
This third studio album was recorded by Lance Jackman of EightFourSeven in Sacramento and engineered and mixed by Dan Lucas.
Push has been mastered by the legendary Nick Zampiello (Cave In, Converge, ISIS) and presented by Exile on Mainstream Records.
Jonah Matranga (vocals)
Marlon King (guitars)
Nick Hannon (bass)
Mitch Wheeler (drums)
Stevie B (drums)
Blake (electronics)
Produced & mixed by Dan Lucas
Mastered by Nick Zampiello (Cave In, Converge, ISIS)
Available now via our Bandcamp

Our new album "Push" is officially released today! You can hear the exclusive live stream of the full album here at MetalSucks.netPush is a so…

We are proud to announce that we have signed to Exile On Mainstream records to release our third album Push. This album marks our first collaboration with …

We would like to start the new year by giving a big thank you to everyone who bought, listened to and supported the second half of our space opera through 'Buri…